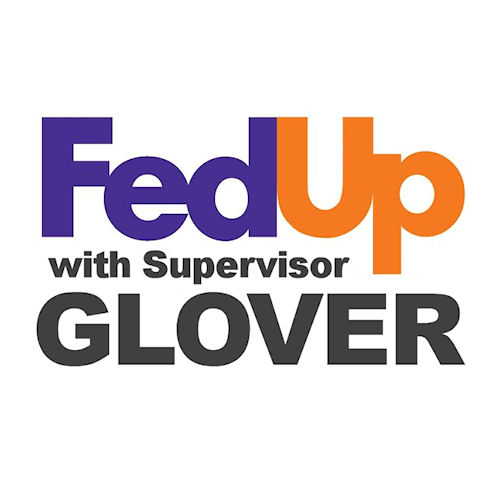 Daily fact check, news, and opinions from an independent voice for county workers, tax payers, and the community who are Fed Up with Supervisor Glover.

This page is not authorized or paid for by a candidate for this office or a committee controlled by a candidate for this office. FedUp is an independent voice in Contra Costa County to empower the tax payers, county workers, and the community of District 5 to OPPOSE Supervisor Glover. Follow and share if you too are opposed to the re-election of Federal Glover for Contra Costa Supervisor District 5.

Supervisor Glover brags on his posters about spending $1.8 Billion of your money.  A fact check reveals that MOST of the road and freeway money was spent outside our district. It is like Glover stealing your dairy cows and then bragging about all the beef East County is now eating.

Glover serves on the Metro Transportation Committee, so he does have some say in how transportation funds are used in the area. But he’s an appointed bureaucrat, one of dozens who direct the funding.  He is not the Transpo-Funding Fairy! $1.8 Billion is a lot of money, but for the entire Bay Area, it gets spread pretty thin.

And for our District? How much sway did Glover have on the Committee to bring road improvements to District 5, from Pinole through Martinez to Pittsburg?

Though he brags about “$$ BROUGHT TO US”, the actual results are dismal.

Of the $1,832,222,500 in tax money Glover brags about redistributing, LESS THAN 15 PERCENT was actually used for roads and freeways in our district! This is why your commute is worse than ever!

There was significant money spent on tunnel and BART improvements, but much more on freeways in East County to open up new housing developments in Brentwood and Oakley for Glover’s financial backers.

In sixteen years, Glover has so few accomplishments he must co-opt regional transportation results as his own legacy.  There is nothing else to show for the four terms in office.  And now that people are seeing through the charade, his backers are slinging mud and smearing negative campaign ads against his opponent.  Shame on Glover!  Are you Fed up with Glover? 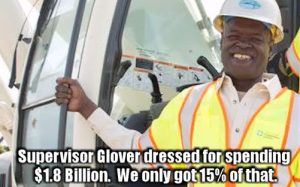